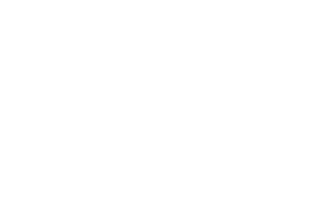 Puglia Airports shows a tangible aspiration to place the environmental quality above the interventions easier to execute and with a greater economic performance believing that this policy gives a strong social message to a broader audience which is not reduced only to the local people.

The particular attention has been given to the Bari Airport structure, so various measures have been put in place to improve the following aspects: field of energy supply, environmental impact mitigation, reduction of airport noise and recycling of rain water that in its whole turned the airports of Puglia in a kind of experimental laboratory focused on the use of last generation technology.

Still on the theme of environmental protection the Airport of Bari has put in place an intervention of environmental mitigation and absorption of gaseous pollutants creating a barrier composed of evergreen plants. The tree barrier situated in front of the airport runway and its sides has also been extended to the airport viaducts and its outer zones.

In addition to the plant barrier composed of  evergreen arboreal species prevailing in the Mediterranean area, an artificial green hill has been created.  The hill area is where the so-called “path of health” begins: a new green area  fitted out with brand new sports-grounds where up to 3500 olive trees have been interred.  These olive trees, explanted during the construction of the logistics platform for the airport of Grottaglie, have been included in the list of authentic environmental heritage. The remaining olive trees have been located in the green area of the other airports of Apulia, at schools, parks,  and retirement centres throughout the region, from the Tremiti Islands to the Cape of Leuca.

The olive trees replanted in the green areas outside the Apulian airports allowed to start a  small but important production of extra virgin olive oil. Since the produced oil is not sufficient to be intended for sale, it gets distributed among the staff of Puglia Airports. This measure put in place is highly symbolic and  shows the daily commitment of Puglia Airports to preservation and protection of environment.

Puglia Airports has put into practice its environmental choices through various implementations : electrical ramp vehicles,  bicycles for the movements along the plane side,  and waste sorting. Furthermore, all these interventions are carried out by means of natural non-toxic methods; one of the examples is maintaining the operational safety, by means of eagles, hawks and kites for the estrangement of flying animals from the operating areas (wild strike).
Among the most significant upgrades there is the new anti-noise system AdP aimed at monitoring and managing the noise produced by aviation activities in the areas surrounding the four airports of Puglia. The anti-noise system AdP is also  aimed at flight routes planning  and controlling the airport activity in terms of  environmental impact.

Aeroporti di Puglia has demonstrated its commitment to the protection of the environment with its choice of energy supply. For the two-year period 2021-2022, the supply of electricity to all the airports of Bari, Brindisi, Foggia and Grottaglie is guaranteed by AGSM Energia and is certified as coming from renewable sources like water, sun, wind and heat from the earth through the “Guarantees of Origin” system of the GSE, in accordance with the provisions of EC Directive 2009/28/EC.

THE ENLARGEMENT OF  THE PASSENGER TERMINAL

Sustainable design is the golden thread that links the infrastructure of Puglia Airport Network. For the enlargement of the passenger terminal of the Bari International Airport we have been adopted advanced technology solutions, in terms of production and smart choices aimed at energy saving and environmental sustainability. In particular, the new east wing of the Bari Airport takes into account the architectural integration of the following elements:

– regulatory system of air conditioning combined with the internal vegetation.

Simultaneously with the infrastructure development,  Puglia Airports has launched an action plan of interventions aimed at improving the energy efficiency of the airport of Bari. This plan was activated as a part of the Interregional Operational Programme 2007 – 2013 “Renewable Energy and Energy Efficiency”.  Furthermore, Puglia Airports  in Agreement with the Ministry of the Environment and for Protection of the Land and Sea, ENAC (Italian Civil Aviation Authority)  and the Region of Puglia started carrying out the activities aimed at improving the energy efficiency of buildings and public energy utilities; the specific aspects to be revised are:

• biomass cogeneration to serve the airport of Bari;

• energy efficiency of the passenger terminal;

• integration of the energy saving system by means of the high-efficiency lighting system along the access road to the passenger terminal;

A cogeneration plant powered  with agricultural biomass consisting in tree wastes derived from the olive cultivation, which have been supplied by means of the so-called short chain, is currently being constructed for the Bari International Airport. This type of system has the great advantage of providing two different forms of energy, both electrical and thermal, in a unique process of transformation. The thermal energy, in fact, is derived from the scrap of electricity production making the whole process of energy production more efficient

The work that was started last July  is expected to be done by November this year. The subsequent entry into service will take place upon completion of the planned testing activities by the relevant authorities.

Energy efficiency of the passenger terminal

It is, without doubt, the most complex part of the plan, due to the multiplicity of planned interventions that will affect:

As for the airport’s building envelope, the thermal resistance of its cover (+16.44 m) was upgraded by installing an insulating layer, made of recycled expanded polystyrene. The thermal loads caused by solar radiation were reduced by means of the air gap isolating the floating floor. In addition, a roof garden system and a sun-shading system of the south facade (the second floor) have been created.

The solar protection of the airport’s south facade  was achieved by means of a horizontal aluminium sunshade, integrated with photovoltaic modules and adjustable with motorized control. Furthermore, a free-standing green wall rising from the ground floor up to the second level  has been created.